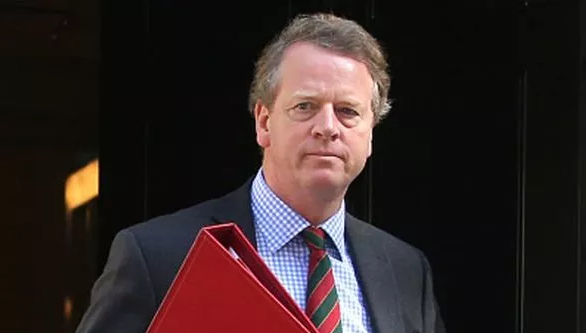 You, in theory, now represent the people of Scotland in the UK government. You could say you have hit the jackpot in being in the right place at the right time.  You and everybody else know that the people of the County of Dumfries and Galloway voted democratically against your implementation of Brexit.  You also know that all 32 areas of Scotland voted against Brexit.  And this was before a No Deal Brexit was ever heard of.  Now that’s not even a  pretence of democracy. You apparently just don’t care about that.

We could ask you to jack it in before you destroy our country. You won’t do that. You are obviously a Union Jack and if that was all then it would be OK. We respect the right of people to support the Union if that is their belief. We actually believe in democracy and the right of people to express views that they believe to be valid.  We do not respect the right of a privileged clique to impose their views on the majority having been elected to represent them.

Jackanory, a TV programme where earnest-looking folk sat down and told stories based on fantasy, would be relevant to your political fictions. But that wouldn’t be totally appropriate because you hide from the cameras, only occasionally popping up with a diatribe against your political opponents. In that respect maybe a Jack-in-the box is closer to the truth, being constrained by the rigidity of your dogma and only being released occasionally to pop up with predictability of appearance and message.  And what about Jack of all trades as being as you mix   being a politician  with a gentleman farmer, landowner and shooting party host.    We could go on with the Jacks – Jack Frost, Jack the lad, Jack ass etc- there are many to choose from.  Maybe it’s best to end with the I’m alright Jack analogy.  You personally will be untouched by Brexit whilst many of the most vulnerable of your constituents will be affected badly through increased food prices, loss of jobs etc.  However, do remember that you are in the position you are in thanks to the votes of your constituents. They are watching you, Mr Jack and your London masters,   and they don’t believe they will make the same mistake of electing you again.